For more than a year, the intense debate surrounding data access and control has raged on. After the San Bernardino massacre in December 2015, Apple and the FBI feuded about access to data on the iPhone 5C used by one of the attackers. Several other court cases touched on the subject of digital privacy throughout last year, including one we covered in our blog in December 2016 in which the Florida Court of Appeals bucked the trend of siding on behalf of protecting users by ruling that the government can force an iPhone user to release the passcode to unlock his/her phone. This week, privacy proponents have been dealt another blow.

On Friday, Feb. 4, a U.S. magistrate ruled against Google, ordering the tech giant to cooperate with FBI search warrants demanding access to user emails stored on servers outside of the United States. Given a recent ruling in favor of Microsoft in a similar case, the battle is likely far from over.

U.S. Magistrate Judge Thomas Rueter in Philadelphia ruled on Friday that transferring emails from a foreign server so FBI agents could review them locally as part of a domestic fraud probe did not qualify as a seizure.

The judge said this was because there was “no meaningful interference” with the account holder’s “possessory interest” in the data sought.

“Though the retrieval of the electronic data by Google from its multiple data centers abroad has the potential for an invasion of privacy, the actual infringement of privacy occurs at the time of disclosure in the United States,” Rueter wrote.

Google and others had been hoping that the Microsoft ruling would create some legal guidance for similar cases, as the laws on the books pertaining to such issues, including the Stored Communications Act of 1986, are outdated and insufficient. As abstract property in the form of data continues to be a bone of contention, intervention by Congress or the Supreme Court may be necessary to help put an end to the data access debate. In fact, Judge Susan L. Carney who presided over the Microsoft case highlighted this in her ruling:

“We recognize at the same time that in many ways the [Stored Communications Act] has been left behind by technology. It is overdue for a congressional revision that would continue to protect privacy but would more effectively balance concerns of international comity with law enforcement needs and service provider obligations in the global context in which this case arose.”

In the meantime, companies are encouraged to take steps to protect the data on company-owned and BYOD devices through enterprise mobility management to help avoid unnecessary conflict that continues to surround this critical issue. Contact our team for help determining the right solution for your organization. 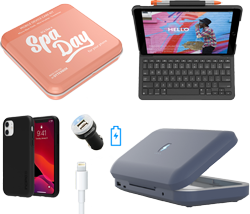